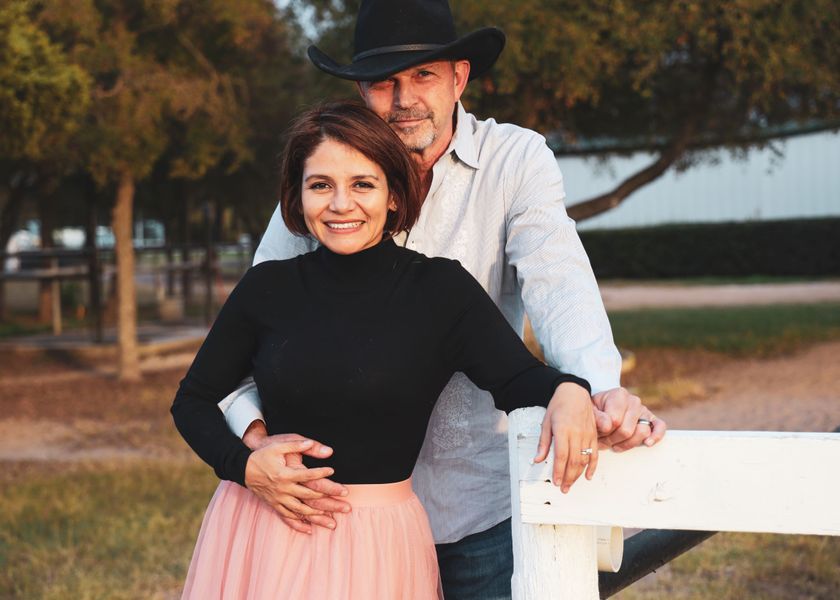 “These days horses are rare even to Texans.” The first time you meet Silvia Speyer, you will be impressed by her preternaturally large eyes. She exudes an air of calm assurance; she is a rock. “Walk with me,” she says. “Let's go see the horses.” Hailing from New York and Virginia, Silvia got here as fast as she could to be with horses under the big Texas sky. She trained as a dressage rider at White Fences for 15 years. One day, White Fences’ prior owner, asked if Silvia was interested in taking over the business. In August 2017, the Speyers happily purchased White Fences.

“We are honored to be owners of one of the most beautifully-designed equine properties in greater Austin,” says Silvia. “The attention to detail and craftsmanship is exceptional. I’ve spent nearly half of my adult life at White Fences.”

Within seconds of your barn tour, you realize she knows every horse on her property like the back of her hand. Her mind is an encyclopedia of horse foibles, health charts, owners’ preferences. Nothing escapes her attention. A current client shares this story: “My horse was not eating all their grain at breakfast. We didn’t know if it was the supplements or what was wrong. She would eat all her grain at dinner. That was enough for Silvia to call me. We figured out that she doesn’t like her grain soaked…problem solved.” When not pursuing his corporate career, Jack can be seen hauling horses, building jumps for the arena, and supervising their seven year-old daughter, River, at her riding lessons. Why did he make the big leap from city to country? “I just want my wife to be happy,” he says. Jack knew Silvia loved the facility and the horses so much that he proposed to her here during a trail ride, in front of Silvia’s horses. A move he highly recommends to any guy whose girlfriend is a horse nerd. The Speyer's are Austin technocrats, having both graduated from George Mason University in Virginia. Years ago, when they first came to Texas to work for big tech companies, they thought, like many tourists still do, that they would encounter bits of the old cowboy culture. But the horse, an internationally-recognized symbol of Texas, had already quietly vanished from Austin’s consciousness.

“When we displayed our horses during the 2018 SXSW HBO Westworld experience,” says Silvia. “Many people came up to us, excited to touch the animals. Some asked if our horses were cleverly-designed robots. I was so sad. These days horses are rare even to Texans.”

Since the 1980s, urban development has devoured the heritage ranch lands around Austin. So, the Speyer's recruited a diverse group of Austin professionals to contribute their expertise in transforming White Fences into a 21st century barn. The Board of Advisors are tasked with preserving equestrian heritage for the next generations “We put our daughter River on top of a horse when she was nine months old,” says Jack. “She began riding in earnest at two and a half. Riding has made her tough. She has well-defined opinions. Like her mom!”

And what is Silvia’s opinion of the business she has taken on?

“I am running a high-end, professional barn offering an exceptional level of care,” says Silvia without hesitation. “I have a growing community of like-minded people who enjoy a relaxing, fun, and safe environment. This is where they can learn and pursue their preferred riding styles. We are passionate about both classical dressage and combined training. If you are a professional who competes in the shows, we will support you to reach the levels you desire. If you don’t wish to compete, and just want to ride for pleasure, we have miles of trails for you to hack around.” For those who don’t even want to get on a horse, the spacious, rolling pastures of the barn offer an idyllic retreat from downtown Austin. “It’s a crime to be in Texas Hill Country and be disconnected from horses and the outdoors,” says Silvia. “We organize yoga classes for moms and mindfulness workshops for stressed executives. We help people connect to nature by offering free hiking (without a horse) with a guide that helps identify local native plants and herbs. Whatever doubts they have fall away the moment they turn into the green canopy of Jones Road and see the first horse peeking over the white fence.”

Silvia studied for and received a Level I certificate in Dressage from the American Riding Instructors’ Association (ARIA). “I am especially sympathetic to adult beginners,” she says. “I know how intimidating it can first appear, especially when the first equestrian you encounter is someone in a fancy show outfit, whose biography proclaims that they have been riding since they were in their mother’s womb! I may be in dressage now, but my first horse was a green quarter horse who only knew how to do trail rides. I didn’t know what boots to buy or even how to put on an English bridle. But I had this incredible love for horses, which I believe many members of the Austin public share. So if you want to start this journey, however brief or long you want it to be, we’re here for you, with empathy, honesty, and sincerity.”